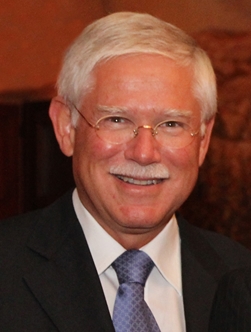 Prof. Speer’s main areas of research interest include host defense mechanisms in neonates, early detection of neonatal systemic infections, clinical surfactant trials, basic surfactant research and inflammatory mechanisms in acute and chronic lung diseases of preterm infants. He has published more than 300 scientific articles in international and national journals and is author of many book chapters on acute and chronic pulmonary diseases in neonates.  In addition, he has edited the textbook “Pädiatrie”, Speer CP, Gahr M, Dötsch J (Ed): Springer-Verlag Berlin, Heidelberg, New York, 5th edition 2019. Prof. Speer has served on various editorial boards and has been reviewer for many international journals.

He has been invited speaker at numerous congresses and symposia in Europe, North and South America, Asia, Australia, the Middle East and South Africa. In addition, he has served as secretary of the “Working Group on Neonatology” within the “European Society of Pediatric Research” (ESPR), and as board member of the “European Association of Perinatal Medicine” (EAPM). In 2004 he was the “Geoffrey Thorburn Visiting Professor” of the “Perinatal Society of Australia and New Zealand (PSANZ)” and in 2005 he was invited by the Hong Kong Pediatric Society to give the “James Hutchison’s Memorial Lecture 2005”. In addition, he received the "Chiesi Award for Excellence in Neonatology 2006" of the European Association of Perinatal Medicine. From 2010 – 2012 he was President of the European Association of Perinatal Medicine. In 2013 he was elected as Honorary Member of the American Pediatric Society for his major and internationally recognized contributions to pediatrics, and he became an Honorary Member of the Russian Perinatal Society. In 2014 he was awarded the “Maternité Prize of the European Association of Perinatal Medicine”. He was recently  invited to give a number of honorary lectures such as the “John J. Fangman Lectureship”, Children’s Hospital Minneapolis, USA (2016);the “Art Hardy Memorial Lecture”, Augusta University, Georgia, USA (2018) and the “David Harvey Lecture”, Imperial College, London, UK (2019).

Together with Prof. H.L. Halliday, Belfast he is for more than 15 years editor-in-chief of Neonatology, formerly Biology of the Neonate. Since 1996 he has regularly organized in three yearly intervals the international symposium “Recent Advances in Neonatal Medicine” which has become one of the largest scientific and educational conferences outside the United States of America and which takes place in Würzburg, Germany.  In fall 2016, he has organized together with Prof. Bo Sun, Shanghai  “The Neonate – An International Symposium for Asia, Shanghai” and the second edition in fall 2018.