CHIESI PRIZE FOR EXCELLENCE IN NEONATOLOGY 2017

The Chiesi Prize for Excellence in Neonatology wishes to acknowledge an outstanding clinician and/or basic scientist in the field of neonatology whose professionalism, expertise and passion has significantly contributed to improving the care of premature infants. The awardee is selected by an independent panel of experts in neonatal medicine who take into consideration the clinical and scientific excellence and the empathy that has driven the awardee's outstanding experience in the field of neonatal medicine.

The Prize Winner 2017 has been anonymously elected by the Prize Committee and has been announced and honored by Dr. Dr. Paolo Chiesi, Parma. 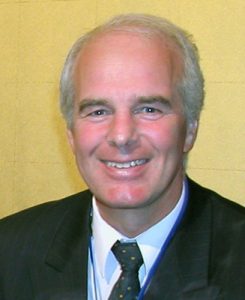 Ola Didrik Saugstad was born in Norway and grew up in the hills surrounding Oslo. Immediately after his graduation from  the Medical School at the University of Oslo in 1973,  he started as a research fellow in Uppsala, Sweden with the famous Professor of Perinatal Medicine Gösta Rooth  as his supervisor and mentor. As the first he could show that hypoxanthine was elevated in a number of pathophysiological conditions related to hypoxia and 1977 he presented his thesis on:  “Hypoxanthine as an indicator of hypoxia”.

In 1979 he started his training in pediatrics interrupted by a one year stay as a postdoc at Division of Perinatology/Neonatology, University of San Diego, California. This research institute was a melting pot for young intellectual pediatricians aiming at a career in neonatal research. Under the tutorship of Louis Gluck and Mikko Hallman, he became involved in surfactant research for the first time. In 1984 he returned to Oslo and in 1991 he became full Professor of Pediatrics and Director of the Department of Pediatric Research at Rikshospitalet, the largest pediatric research institute in Norway.

For more than three decades, the main focus of his fundamental  research was and is, how oxidative stress could injure newborns, especially preterm infants, coining the term “the oxygen radical disease of the newborn” in which he speculated that retinopathy of prematurity, bronchopulmonary dysplasia, necrotizing enterocolitis, and periventricular leukomalacia are different facets of one disease sharing one basic pathogenetic mechanism. Already by the end of the 1970s Ola Saugstad demonstrated  - and he was the first to publish this theory - that a burst of oxygen free radicals was produced during post-hypoxic reoxygenation.

Moreover, his seminal experimental studies and his clinical trials have prompted a worldwide change in practice to lower inspired oxygen concentrations and shorten oxygen exposure in near term and preterm infants in need of resuscitation and postnatal stabilization, and nearly all countries have adopted new guidelines stating that newborn resuscitation should be initiated with room air or  30 % oxygen for very immature preterm infants.

Ola Saugstad’s second area of interest is surfactant treatment of preterm infants with respiratory distress syndrome. In 1985 he joined the Collaborative European Multicenter Study Group on Surfactant Replacement founded and coordinated by Bengt Robertson, Tore Curstedt from Stockholm and Henry Halliday from Belfast.

Since then he has played an active part in organizing yearly scientific meetings on various aspects of basic and clinical surfactant research together with the founders of this group.

In addition, he has been President of various international and national meetings and has held numerous positions in committees and research groups.

Similarly, he has received numerous very prestigious awards. He has been appointed as Fellow of the Royal College of  Physicians,  Edinburgh and  received many awards: the Arvo Yllpö International Award for Neonatal Medicine, the Virginia Apgar Prize, the Human Protection Award in Norway, the “Maternity Prize” of the EAPM, the Märta Philipson Award for Progress in Pediatrics, Sweden.

He was knighted by the Norwegian King (St. Olav’s order) for paediatric research and received subsequently The Landmark Award of the American Academy of Pediatrics,  the Nordic Medical Award (Stockholm) and was appointed as Honorary Doctor, University of Athens and Honorary Professor, Moscow University.

In 2008 “Recent Advances in Neonatal Medicine, Würzburg” was dedicated to Ola Didrik Saugstad and the Laudatio published in Neonatology (Neonatology 2008;94(3):188-9).

Ola Saugstad has published more than 400 original articles and book chapters with > 8.500 citations and an h-index of > 50,  he is an international giant in neonatal medicine.

Ola Didrik Saugstad has been invited as a guest speaker at > 400 international meetings in Africa, Asia, Australia, Europe and the USA.  With his international connections he is one of very few European neonatologists and scientists who are highly visible and respected in nearly all parts of the world.